Picture it: Calabria, Italy, 1945. A young boy named Vincent DeLuca, age 17, boards a boat to the "Land of Opportunity", in hopes of making a better life for himself. Once settled, young Vincent found himself working jobs found through family and friends. Whether it was doing construction or working with leather, nothing seemed to grab the interest of this young Italian immigrant. After years of chasing “The American Dream”, Mr. DeLuca found himself working in his neighborhood butcher shop. It was there that his interest in butchery began to germinate and flourish. He wasn’t there long before his passion had become so prolific that he had an epiphany. To achieve his dream, he would have to open up his own shop. So, in 1954, he opened his first shop- Vincent’s Meat Market on 151st Street. Wanting to start a family of his own, Vincent & Sylvia, his wife, resettled themselves in the Belmont area in the Bronx. During the neighborhood's heyday, Italian immigrants filled the schools, Our Lady of Mt. Carmel Church and ran the area. These were the days, the real life Bronx Tale! Vincent & Sylvia had three sons Phillip, Peter and Vincent. All three boys would help out in the market, now located on 187th Street, learning all about the industry and the business their father created. Vincent remained the owner of the market until his tragic passing in 1979. With no apparent heir to the family business, Peter, who has always loved the shop, decided to step up. He left college so his brothers could continue earning their law and medical degrees. In 1981, to honor his father's legacy and expand the business, Peter moved Vincent’s Meat Market to its current home on Arthur Avenue, The Real Little Italy. Arthur Avenue is famous for its traditional Italian culture and Vincent’s is no exception. Since that time, Vincent's has gone from being the new kid on the block to a staple in the neighborhood. Humble beginnings and undying ambition gave way to a legacy rich with tradition and family values. Whether you stop in the store or order to your door, you can be sure that you will be dishing out unforgettable meals while being treated like you're one of the family. 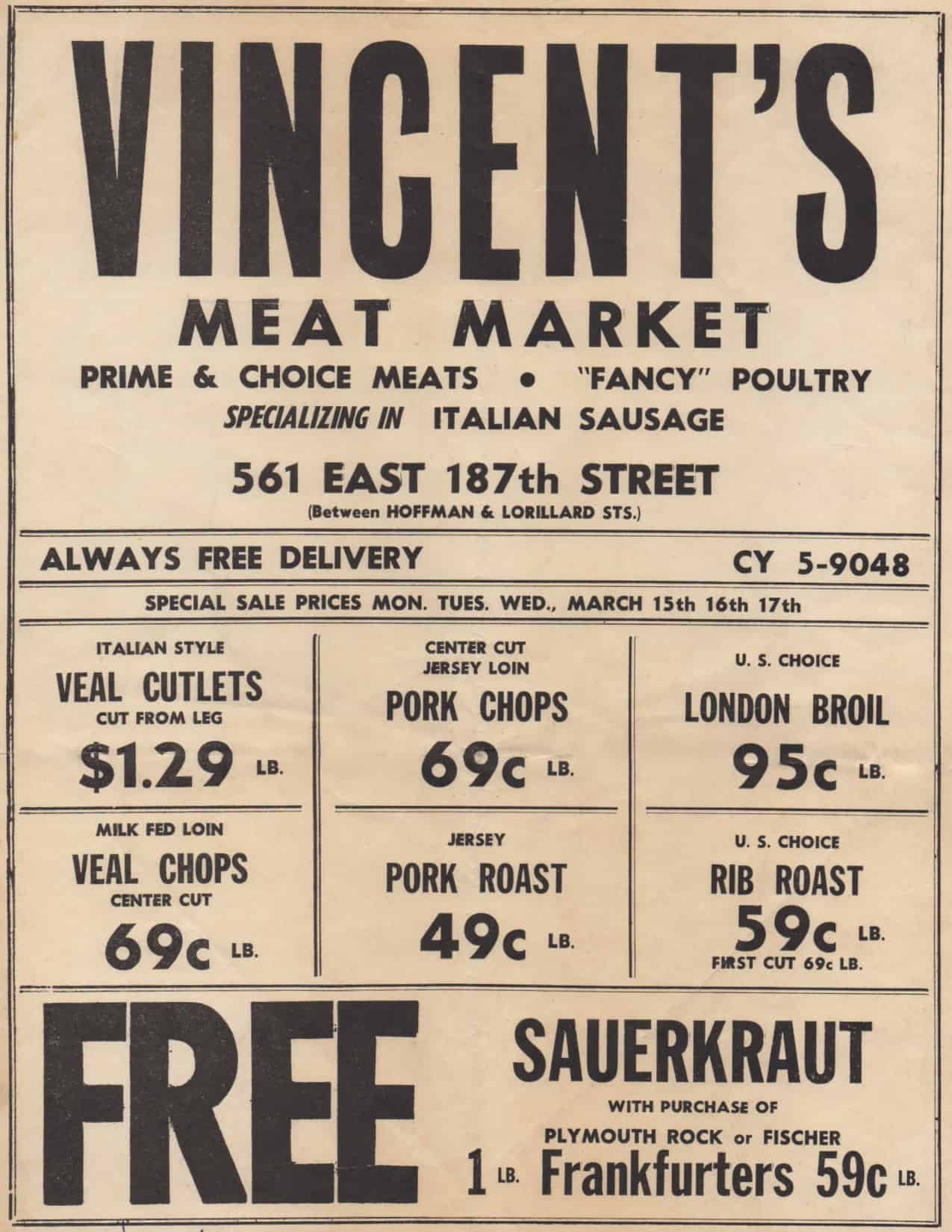