A Guide To the Different Cuts of Pork There is absolutely nothing better than waking up on a Saturday morning to the sounds of a sizzling frying pan before catching the scent of freshly cooked bacon as it slowly permeates the room. When it comes to breakfast meats, pork reigns supreme as the king of the table. But there are many more parts to enjoy than your typical morning fare. Here is a guide to the different cuts of pork.

This is a very popular cut of pork because of how much flavor the meat from this section has. The shoulder cut gets this flavor because it usually has a high fat content. Because of this, the shoulder is often ground down and encased into a sleeve to make sausage. Other times, they skip the casing entirely and sell the meat as ground pork. The meat from this section is also tough, which means that you can slow roast or smoke part of the shoulder to produce delicious pulled pork.

Pork shoulder is available in five subprimal cuts. The shoulder blade and picnic shoulder are where most of the meat in this section of the pork comes from. Then there are the jowl, hock, and foot, which have less meat, but some will use them to help add flavor to other dishes or as a delicacy. The jowl is especially common as a flavoring in soul food that is popular in the South.

The leg cut of the pig refers to the hind legs all the way up to the rear hip. Another cut that is popular for its flavor, this section is where ham comes from. While there are many ways to prepare a ham, you should consider the variation that you want to make. You will need to keep this in mind so that you can get a ham that suits your needs, be it fresh, smoked, or cured. Each of these will produce a different flavor in the meat.

The leg cut has four subprimal cuts, with two producing the ham, one serving as a delicacy, and the final serving mostly as an ingredient. The two subprimal cuts that are responsible for the ham are the leg butt and the leg shank. The leg butt is at the top of the cut and has more tender meat than the pieces below. As one of those lower pieces, the leg shank is where the stereotypical image of a holiday ham comes from. This section is also more complex to carve than the butt. The third subprimal cut in the leg is the hock. One can serve this section on its own, but it typically works best as an ingredient in soups. Finally, the foot is the part at the bottom of the leg cut. There are many ways to prepare pigs’ feet, but most agree that slow-cooking them is the best way to help bring out the flavor and tenderize the skin.

The loin is where most of the best cuts of pork come from. This section’s meat is the most tender and lean, making it ideal for grilling or baking instead of slow-cooking. There are still some recipes using meat from this section that will taste best after being slow-cooked, but it doesn’t always require it. Some of the popular butcher shop selections that come from this cut include back ribs, pork chops, and pork tenderloin.

The loin features even fewer subprimal cuts than the shoulder and the leg at three. These three cuts are the loin rib end, the loin center, and the sirloin. The loin rib is the section of the loin cut that is up against the shoulder. Much like the shoulder, the loin rib has incredibly tender meat that one can eat with or without the bone. The loin center is where the best roasts get their pork. This section of the pork typically doesn’t get much workout, so it is also very tender. The sirloin is the last of the subprimal cuts. This section is typically leaner than the others, meaning that there isn’t as much flavor as the rib and center, but taking the time to cook it properly will still produce a delicious meal.

The belly is unusual for the pork because it doesn’t break down any further. So, unlike the shoulder, leg, and loin, there are no subprimal cuts of the belly. This section of the hog has the highest fat content but features some of the most popular pieces of meat. You can’t have a guide to the different cuts of pork that doesn’t feature a discussion about what true breakfast fans consider the most important part of the meal. That bacon that played a role in waking you up earlier comes from the belly cut of the animal. Most of the fat in bacon is burned away during the frying process, and one can even collect it for use as a seasoning. The belly is also the source of the spareribs that are ubiquitous in BBQ restaurants across the nation. To get to the spareribs, the butcher will usually have to clear out the breastbone and any excess cartilage before trimming the meat into the familiar rectangular pattern we sometimes call St. Louis-style ribs.

According to a report from the United Nations first released in 2019, pork is the most widely-eaten meat in the world, accounting for 36% of all meat products we consume. With so many people enjoying this versatile meat, it can sometimes be hard to craft a meal that will appeal to everybody. That’s where we come in.

Vincent’s Meat Market has been family-owned since first opening its doors in 1954 and has been proudly located on Arthur Avenue in the real Little Italy since 1981. We are the best place to buy pork in the Bronx. So when you want to do something extra special with your next pork dish, let the experts at Vincent’s Meat Market help you craft a slice of meat that you won’t soon forget! 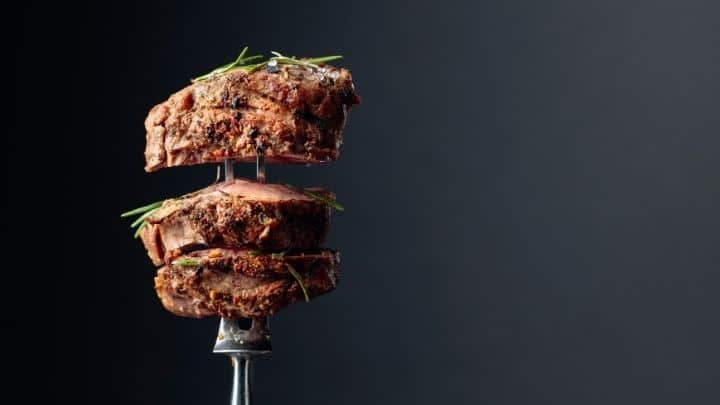 The Different Cuts of a Chicken