When I still lived in Belmont, Vincent’s was my butcher of choice. I was drawn by the sense of community as well as the quality meat, and became a regular after gallantly spending my life savings on dumplings and skewered offal in China one summer. While so many meat markets offer only a small selection tailored to the squeamish, Vincent’s continues to sell a range of cuts and offal. But it was only matter of time until I discovered their fresh sausages.

Originally opened in the early 20th century as a shop specializing in baccalau, it was not until after World War 2 that Vincent’s-—hen under different ownership—shifted into butchery. After so many of Belmont’s dense cluster of Italian businesses languished and vanished, the store endures into the present age of supermarkets and shrink wrap. The crowds still come, unabated, thanks in no small part to the wonderful service that is the mark of the neighborhood butcher. (Though so many customers arrive by car.)

Vincent’s make a sly slab bacon, if that’s your thing. But me? I think bacon is easy. Sausages, in their many and myriad forms, can be just so much more delicious—even fresh ones. And Vincent’s has some particularly tasty sausages, very much worthy of your turkey day table.

The fresh sausages are one of the biggest draws in a store that still stocks a tantalizing range of proteins—such as game and rabbit—and include lamb ($6, all by pound), fennel ($4.99), cheese and parsley ($4.99), broccoli rabe ($4.40), sweet and spicy pork ($3.99), and chicken ($4.50). I prefer the sweet over the spicy, which is exactly what’d you expect from an Italian-American butcher: piquant in only the vaguest sense.

The lamb also merits special attention. Its slender and green-spleckled figure is sweet and full of spices; a good choice when you’re looking for a sausage on the lighter side. But my favorite remains the fennel. It’s the kind of sausage that makes you inexplicably nostalgic for hangovers. Several years ago, when I brought some links home for Thanksgiving my father relegated them to the breakfast table. No hard feelings. Its great with fried eggs—why fix what’s not broken?—and would be equally at home in a stuffing. This year, however, I intend to pair it with Hugh Acheson’s recipe for fried okra from A New Turn In The South.

If you’re itching for something cured, a timely taste of Italy can be had by way of the cotechino ($7.99). A fatty specimen typically available in the weeks preceding the New Years, it’s traditionally cooked with lentils on that bleary-eyed morning after. The fresh sausages, though, are equally worthy of your holiday table. A New Yorker couldn’t ask for a friendlier staff of butchers then the men at Vincent’s. There is a reason this butcher has endured and, more importantly, a reason it should continue to. 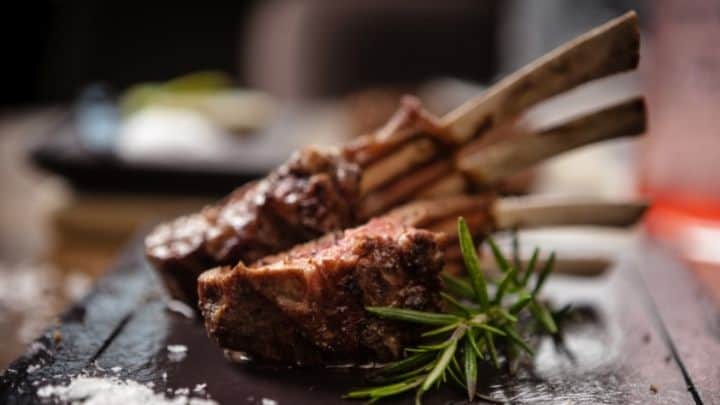 Herbs and Spices That Pair Perfectly With Lamb Does Washing Meat Before Cooking It Promote Food Safety? How to Properly Season and Cook Veal at Home